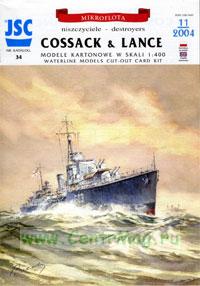 Итого:
Количество
Купить
Акции и скидки Поделиться
Развернуть ▼
In the thirties major navies started to build large, heavily armed destroyers. British "Tribal" class destroyers were designed as a reply to German "Leberecht Maass" (2232 t, 5-127, 8-533 TTs) and Italian "Navigatori" (1944, 6-120, 6-533 TTs) classes of destroyers. The "Tribals", with their eight 120 mm guns and scattered among British destroyer flotillas were to improve their firepower. In early 1940 "Tribals" formed two separate Flotillas, operating in home waters. As the war progressed they were again dispersed among other flotillas.
A total of 28 of the class were built, including 16 for Royal Navy, 9 for the Canadians (RCN) and 3 for Australia (RAN). They proved to be a successful class and took part in numerous naval operations all over the world. Their activity can be judged by a fact that only four British ships survived the war. Also one of the Canadian "Tribals" was lost during the hostilities.

During the war, in late 1940, the 'X' 120 mm guns were replaced by twin 102 mm mounting. Since 1941 the multiple MGs were gradually replaced by 20 mm Oerlikons. Cossack was laid down in Vickers-Armstrong (Tyne) on 9 June 1936 and launched on 8 June 1937. Completed on 7 August 1938, she entered service with 4th Destroyer Flotilla. Her pen
ant number - L.03 - was changed to F.03 in 1939 and to G.03 i late 1940. When the war broke out the 4th DF operated in ome waters. There the Cossack was damaged in collision with merchant ship on 7 November 1939. In February 1940 she ntered Norwegian waters and freed British sailors held prisoners n the German Altmark.

Сossack returned to Norwegian waters in spring 1940 and fought with German destroyers in the fjords. Damaged by artillery, she was under repairs until summer 1940. Later she operated in the North Sea against German shipping. In March 1941 she screened the Home Fleet looking out for Scharnhorst and Gneisenau, while in May 1941 Cossack, accompanied by four other "Tribals" and Polish Piorun, joined the hunt the Bismarck.
In summer 1941 Cossack went to Mediterranean and operated with "Force H" from Gibraltar.

She escorted convoys and shelled land targets. When escorting the HG.75 convoy she was torpedoed by U563 on 23 October 1941. She broke in two and the forepart went down. It was hoped to tow home the stern part, but four days later it sank west of Gibraltar.
The "L" class destroyers were the Royal Navy's answer to the growing speed of modern battleships and dimnishing speed margin of the escorting destroyers. They were in fact enlarged version of preceding "J" class, but they mounted dual purpose main battery in large enclosed mountings. Eight of the class were laid down in 1938, to be
followed a year later by a repeat flotilla, named "M" class. Afterwards the Royal Navy reverted to slightly smaller but certainly cheaper "J" class. Four units of the "L" class were completed with revised armament of 8-102 mm AA instead of 6-120 mm, as the latter were inshort supply. Such boats were known as AA Destroyers and they gave splendid service until all lost in 1942.

The Lance was laid down in October 1938 by the Yarrow in Scotstoun and launched on 28 November 1940. She was completed onl3 May 1941 and together with three sisters formed a Special Escort Group in the Western Approaches. Later she joined the Home Fleet, but soon she was transfered to the Mediterranean, where in September 1941 she became a part of escort during operation "Halberd". Later she was employed on various convoy operations.

In October 1941 she became part of Force К at Malta. In November 1941 she supported cruisers Aurora and Penelope when they destroyed two Italian convoys, sinking a total of nine ships and a torpedo boat. In December 1941 she was present in the first battle of Sirte.

In April 1942 she was dry docked for repairs and on 5th and 9th April, during air raids, she was bombed in the drydock and heavily damaged. Written off as a constructive total loss, she lay until 1944 in the harbour. Afterwards she was salvaged and sold for scrap. The hulk was towed home and in June 1944 she was handed to T.W. Wards to be broken up at Grays, Essex.
Масштаб:1:400
Количество листов: 2 х А4
Инструкция по сборке моделей на английском и на польском языке. 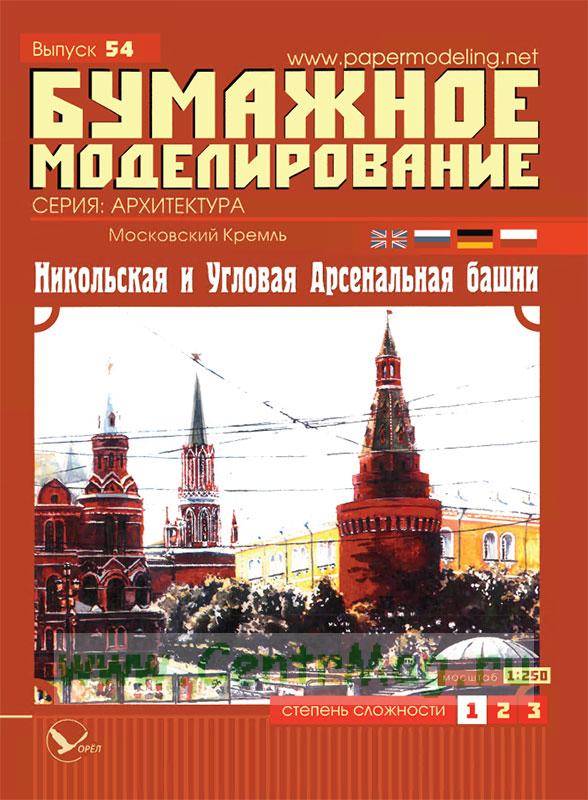